by Melinda Collazo July 14, 2020
We're nearing the end of Year 4's Term 1 using Ambleside Online's curriculum, and it has been such a refreshing couple of months.  I cannot say enough great things about this curriculum and about implementing the Charlotte Mason method in schooling.  Watching my son make connections and really learn from the living books we're using is such a magical thing.  I've even learned a few things myself! 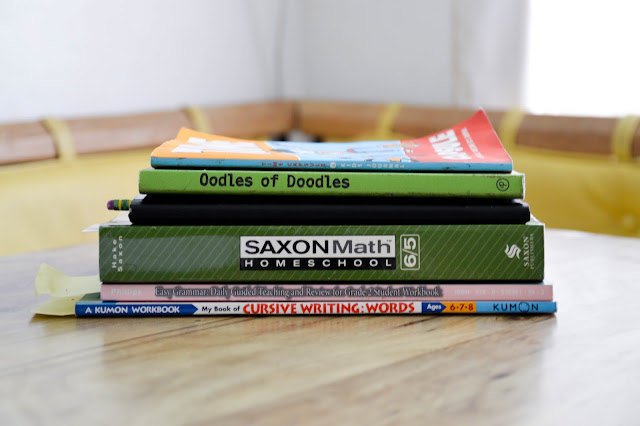 Term 1 really helped me gauge where Bent is academically, and just how much independent work he's ready for.  I've learned a few things:

1. We weren't ready to read Shakespeare. Part of it I'm sure is that I'm from the camp of "Shakespeare's plays are meant to be watched, not read," but another part was simply that Bent hadn't been exposed to any Shakespeare before, so it was a bit much to take in.  Instead of reading the scheduled play for this year and term, we decided to take it back a notch (AO's year's 1-3 style) and read from Tales from Shakespeare (Puffin Classics)

which we will continue to do on Saturdays (our Friday) for Tea Time.

2. Plutarch is NOT our thing.  I see you reaching for your pitchfork, but hear me out.  What works for some does not work for all.  Some people like chocolate, some like vanilla.  Bent was dying of boredom from each passage we read about Caesar, and frankly, I was too.  He just wasn't there yet comprehension-wise.  Language aside, Plutarch read to us like overhearing a conversation about Season 3, Episode 6 of a television program which we had never seen before.  There were no connections being made, no backstory to pull from, no way to remember the names since there were no details or development of any characters.  I felt like if the aim was to learn about Caesar, another book would be a better fit for us, and if the aim was to expose him to Plutarch's writings, well....we've been exposed for now, but we will have to wait a while until we revisit. We will not continue Plutarch next term, but Ambleside Online has a handy, 3 times/week breakdown on their site, which works nicely for a Mon/Wed/Fri schedule if you'd like to add it in.

I've made the schedule available in PDF and Word formats, that way you can edit it to fit your family.

We've been using Easy Grammar, Grade 2 in our Morning Basket, as that's the copy I had on hand, and this is the first year Grammar is formally introduced.  We have been working through that at a pretty quick pace, so I think we will be moving up to Grade 3 after Christmas break.

We use the version of Madam How and Lady Why pictured below, so the reading breakdown by page number on the schedule has been adjusted for that version. If you are using the other version, use the page numbers listed on the AO site. 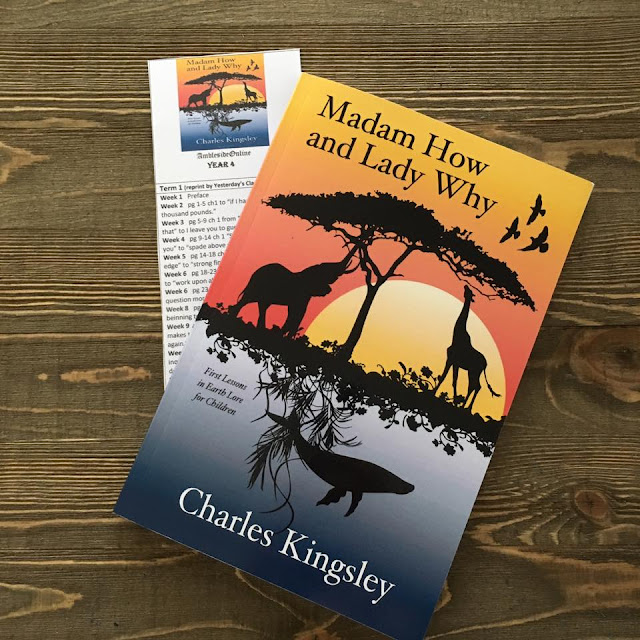 Our Morning Basket will stay pretty much the same as Term 1, with the exception of a new Cursive Writing workbook, and the replacement of Khan Academy for Math with Saxon 6/5.
Khan academy didn't work for us at all.  My son made a game of it where his goal was getting points and not actually learning the material. We switched back to Saxon Math mid term, and I'm so glad we did.  It's familiar to him, the spiral method works very well for him, and he understands the material.

George Washington's World will be part of the daily morning basket to be read independently and then narrated.

Kidnapped will be read independently twice a week, while listening along to the audio on Librivox.

I've moved one of the weekly Storybook of Science chapters into the morning basket time slot. The reading is something he can handle independently, and we will read the second chapter in the afternoon the same day, which provides the perfect opportunity for him to "catch me up" by narrating the chapter he read that morning to me before we begin the chapter we read together.

For Latin, we've been using Getting Started with Latin, and I'm so glad that we chose this program.  It's such an easy program to follow, with just the right amount of new material each lesson.  Bent has really impressed me with his retention!  Other than a little bit of Spanish when he was younger (colors, numbers, etc), this is his first real attempt at foreign language, and I'm really wishing we would have started the recommended language schedule sooner! I'm wondering if it would be ok, to begin Spanish with him after Christmas break, since 2 languages are scheduled for year 4, or if I should hold off until next year.  I'd love opinions from other CM/AO mamas, so please leave me a comment if you have suggestions! 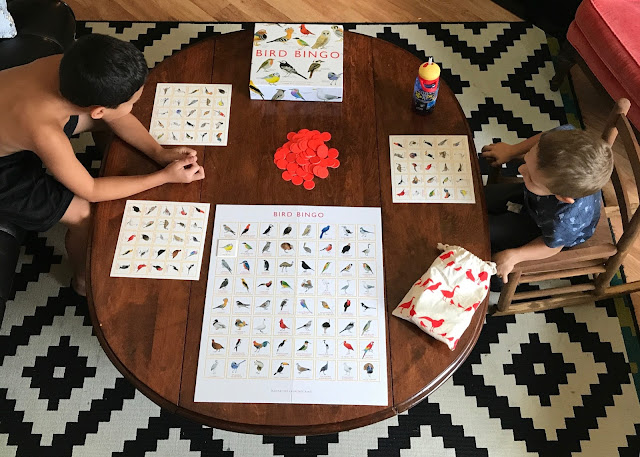 P.S.  I mentioned in the Term 1 post that I was thinking about purchasing Bird Bingo, and I wanted to let you know, it was SUCH a hit! If you're on the fence about it, GET IT!  It's very well made, the whole family can play together, and you can't help but learn all of the birds just from playing.  I definitely recommend it! 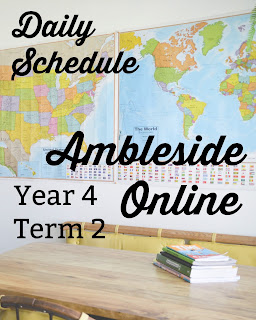